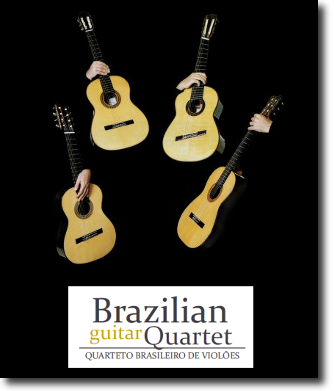 Winner of the 2011 Latin Grammy Award in the “best classical album” category, the Brazilian Guitar Quartet (BGQ) has established itself as one of the world’s leading guitar ensembles. In their over twenty years of activity, the BGQ has performed extensively in four continents, often receiving ecstatic audience responses, garnering rave reviews, and meeting sold-out halls. Luiz Mantovani was a member of the BGQ between 2004 and 2015, having recorded three CDs with them for the Delos label: Isaac Albéniz’s Suite Iberia (2006), Brazilian Guitar Quartet plays Villa-Lobos (2011) and Spanish Dances (2014).