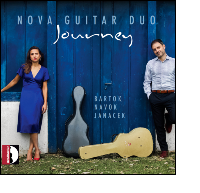 Journey (2022)
“This CD sounds like an orchestra of silk threads: more than modern, more than oriental, even more than kaleidoscopic! The NOVA Guitar Duo offers a timbral mixture of splendour and mystery that is truly exciting… Remarkable arrangements… The acoustic effects of this CD are an exploration of the still existing albeit unknown possibilities of acoustic sound magic!” 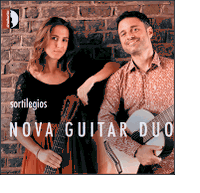 Sortilegios (2019)
“Their exceptional debut album, Sortilegios (the Spanish word for ‘spells,’ as in magic spells) definitely derives special power from the presence of those extra low strings on Luiz’s guitar… However, sometimes it’s Nelly who is handling the lower registers, which Luiz then chirps above… The duo has tremendous chemistry and synchronicity… Highly recommended!” 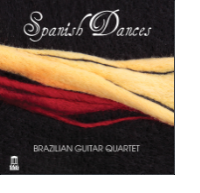 Spanish Dances (2014)
“There is a virtual absence of fingerboard noise, technique to burn in quite dazzling performances and a beautiful quality to the recorded sound. The arrangements themselves are quite brilliant, and easily pass the acid test: they sound like original works, and it’s really difficult to imagine them as having been originally written for piano.” 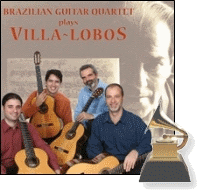 BGQ plays Villa-Lobos (2011)
“The Brazilian Guitar Quartet has done it again. Their warm, disciplined energy and mind-boggling technical prowess is directed this time at the music of Villa-Lobos. The two string quartets are done with the kind of taste and understanding that makes these players so completely convincing. Fabulous!” 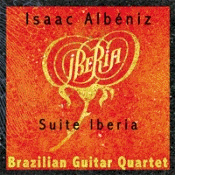 Suite Iberia (2006)
“A breathtaking performance, not only for the exuberant virtuosity in fast passages and syncopated rhythms, but also for virtuosity of another level, that of the fine control of tempo and tonal qualities, in overlapping layers.” 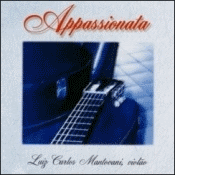